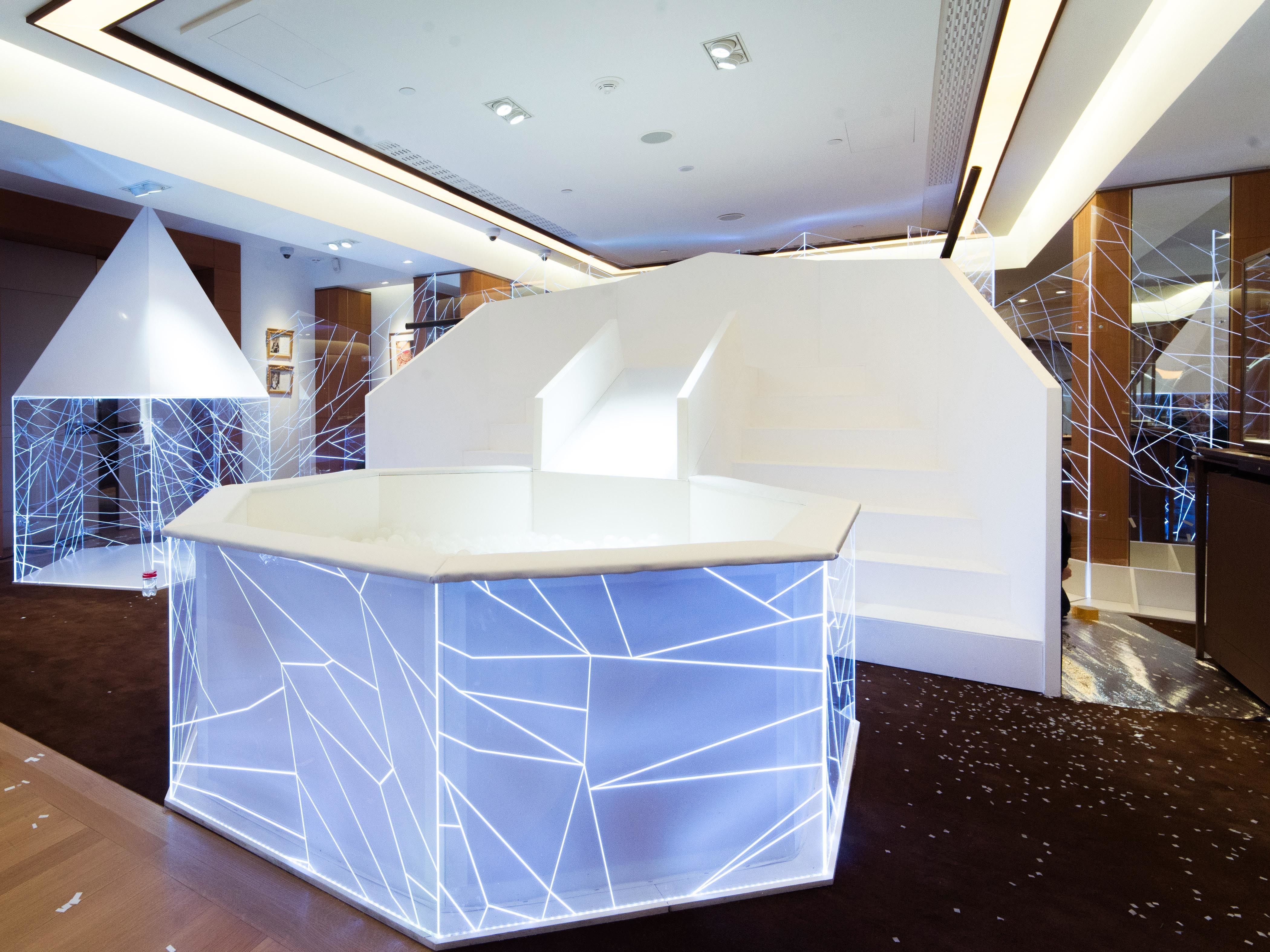 On one frosty morning, just before the New Year’s day, Cartier boutique turned into the magic kingdom of The Snow Queen. The party’s guests followed in the footsteps of Gerda and Kay, starting with their little houses, whose roofs met, and attics windows were connected by a rain gutter where red roses grew, just like in the fairy tale. At Gerda’s, the guests sat in a rocking chair, read books, and played with wooden toys. They drew frost patterns on window glasses using white paints and treated themselves to Grandma’s hot cakes. At Kay’s, they had a good laugh looking at the world through distorted glass, a fragment of the vicious ice mirror. At the flower garden of The Woman Skilled In Magic they played among giant flowers, jumped on a trampoline, jingled the bells of lily-of-the-valley, and made delicious drinks from flower and fruit essences. In the robbers’ hideout, the boys would shoot at the shooting range, while the girls dressed up paper figures of The Robber Girl and feasted on chicken skewers.
Once they got to Lapland, the realm of The Snow Queen, the little guests rode down a snow slide right into an “ice pool” filled with transparent balls and feasted on ice cream. They learned from Santa that even the hardest ice melts from true love. And later that day, their parents had just as much fun visiting The Snow Queen. 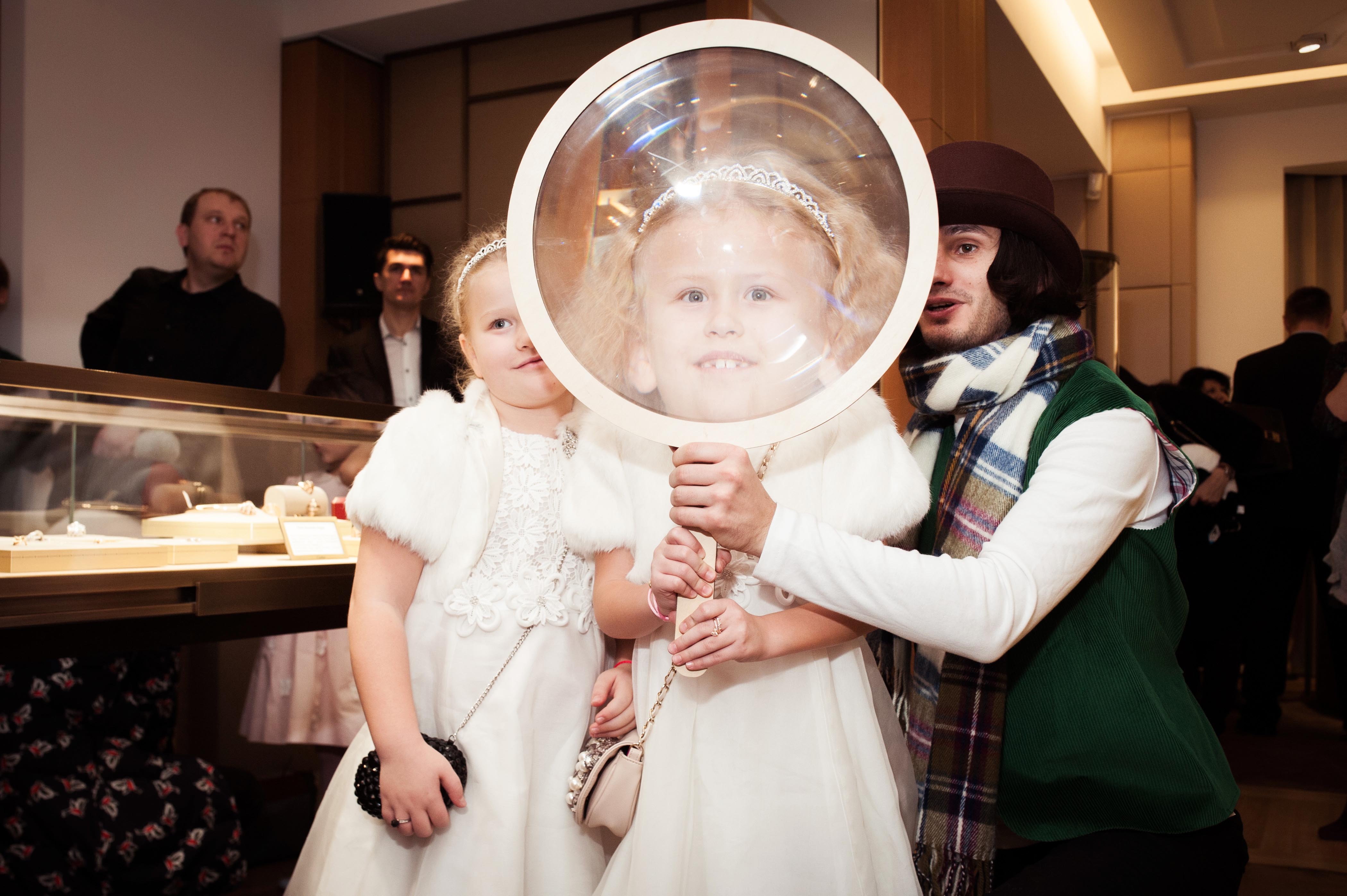 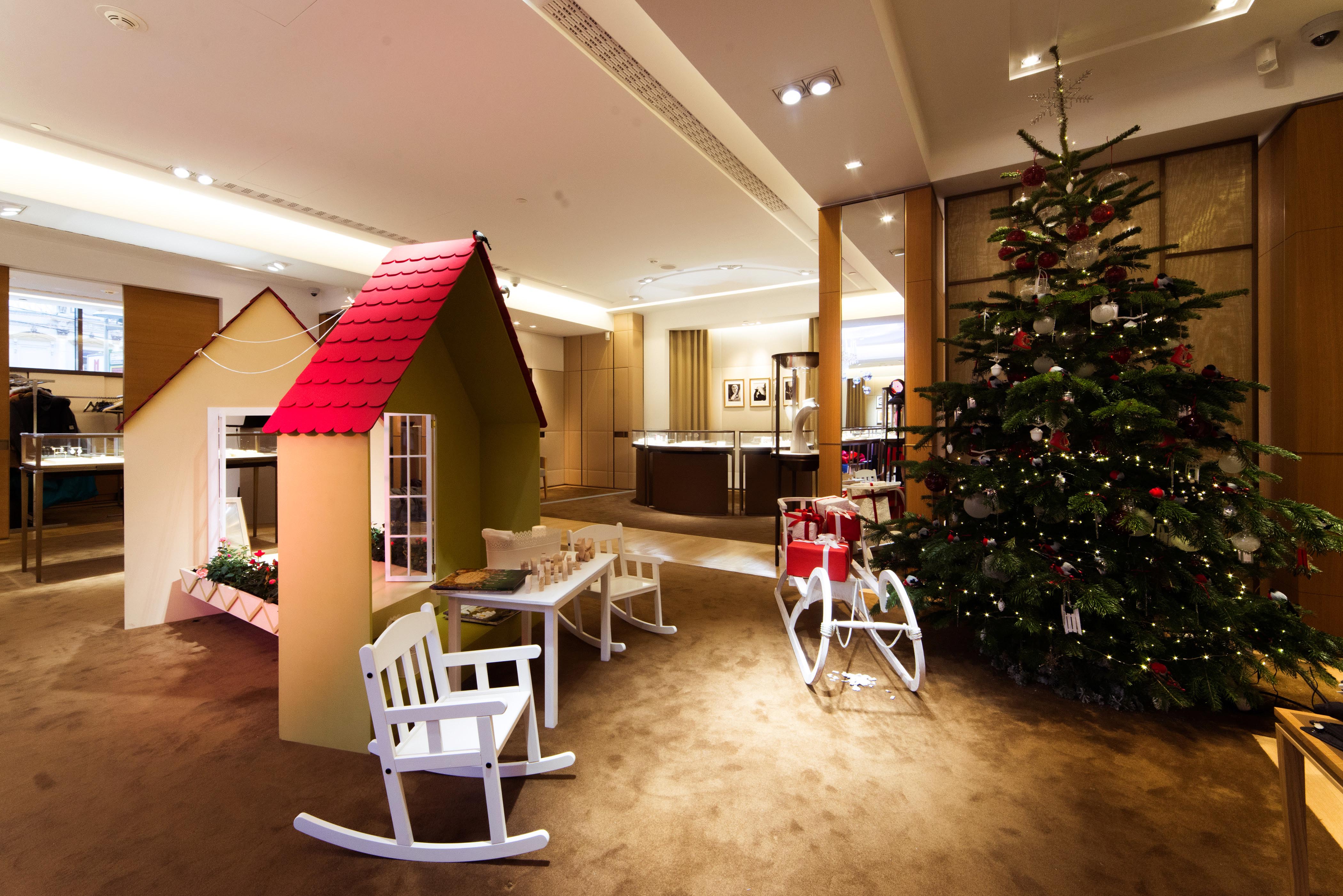 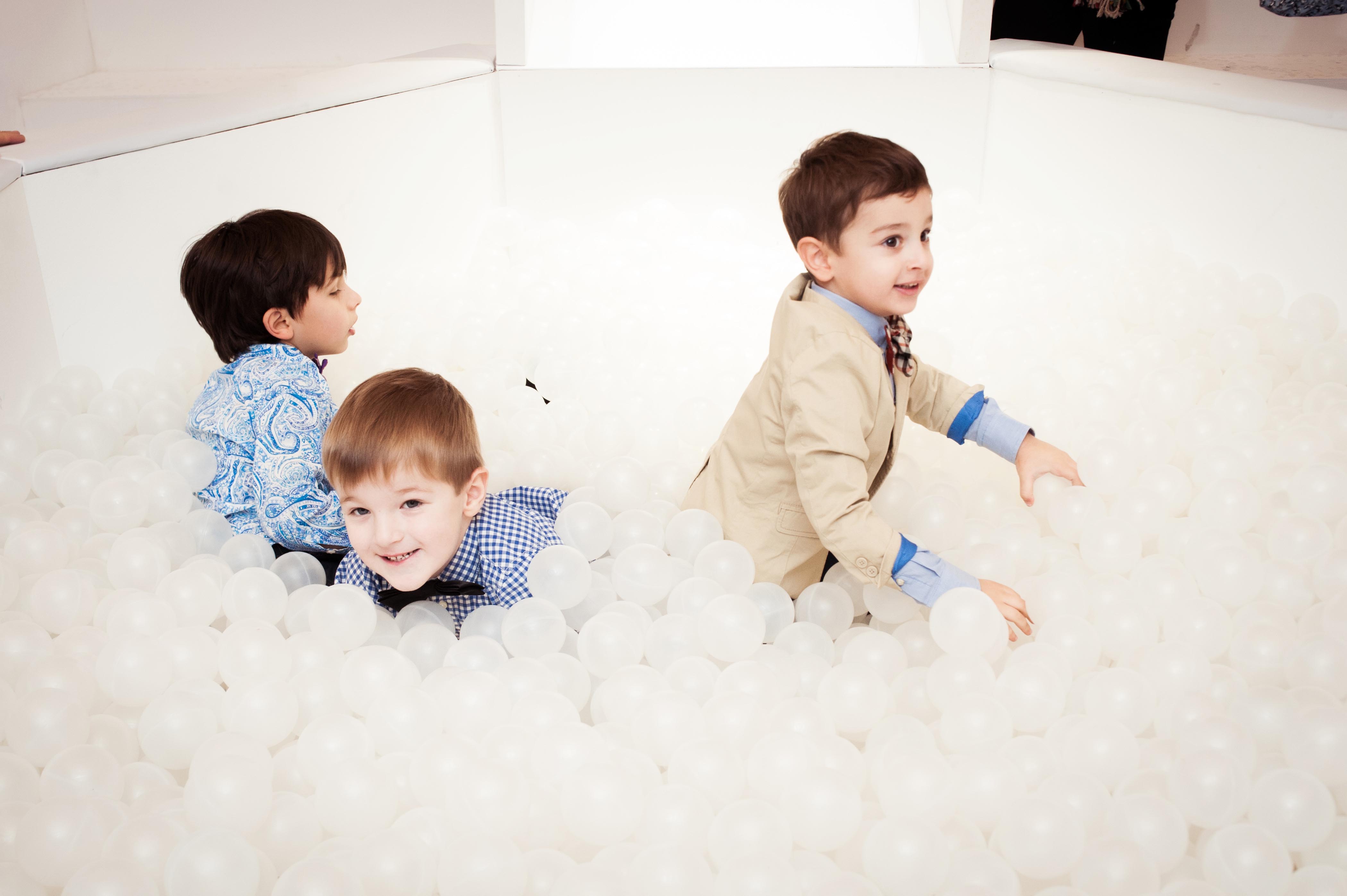 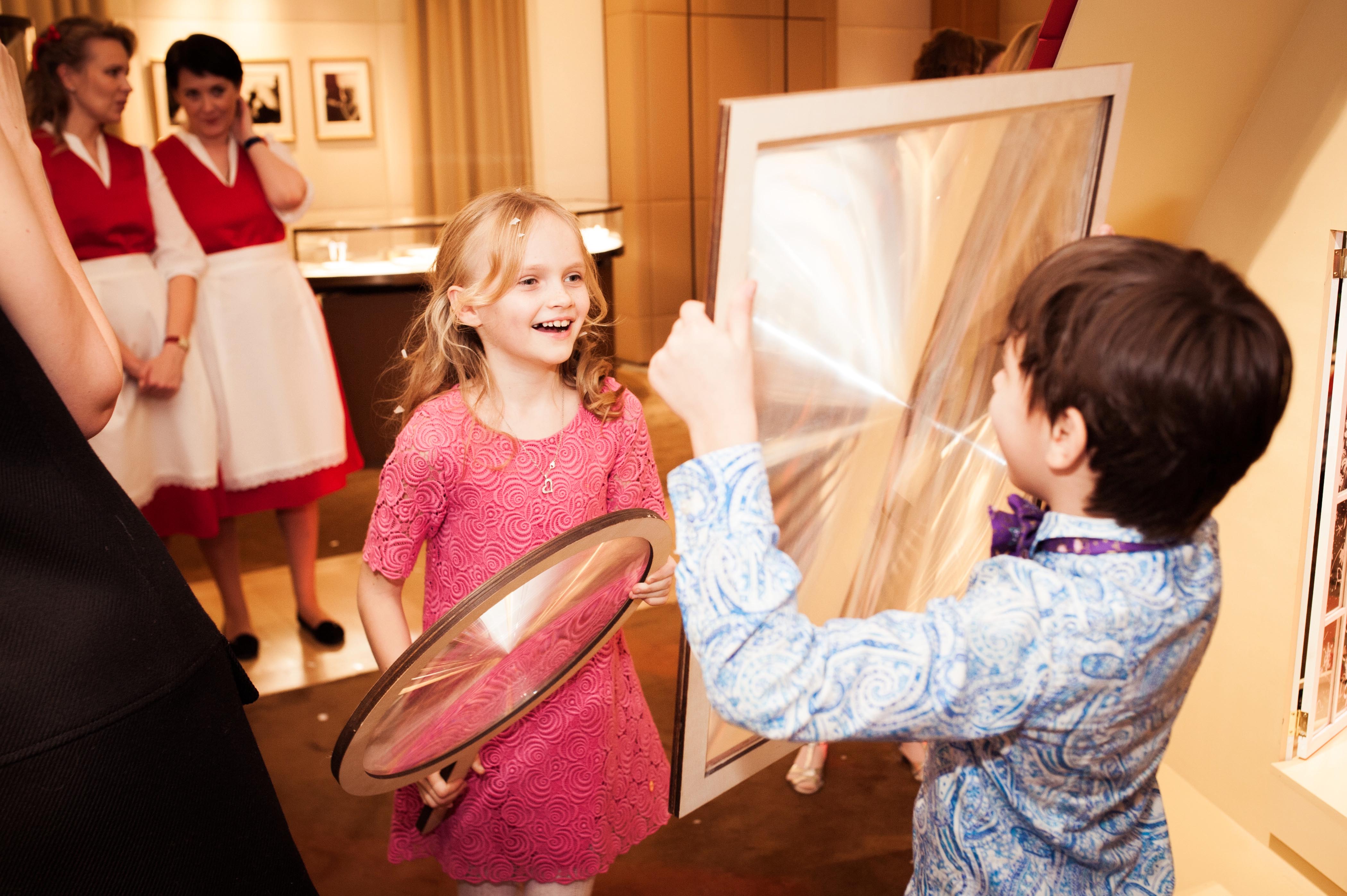 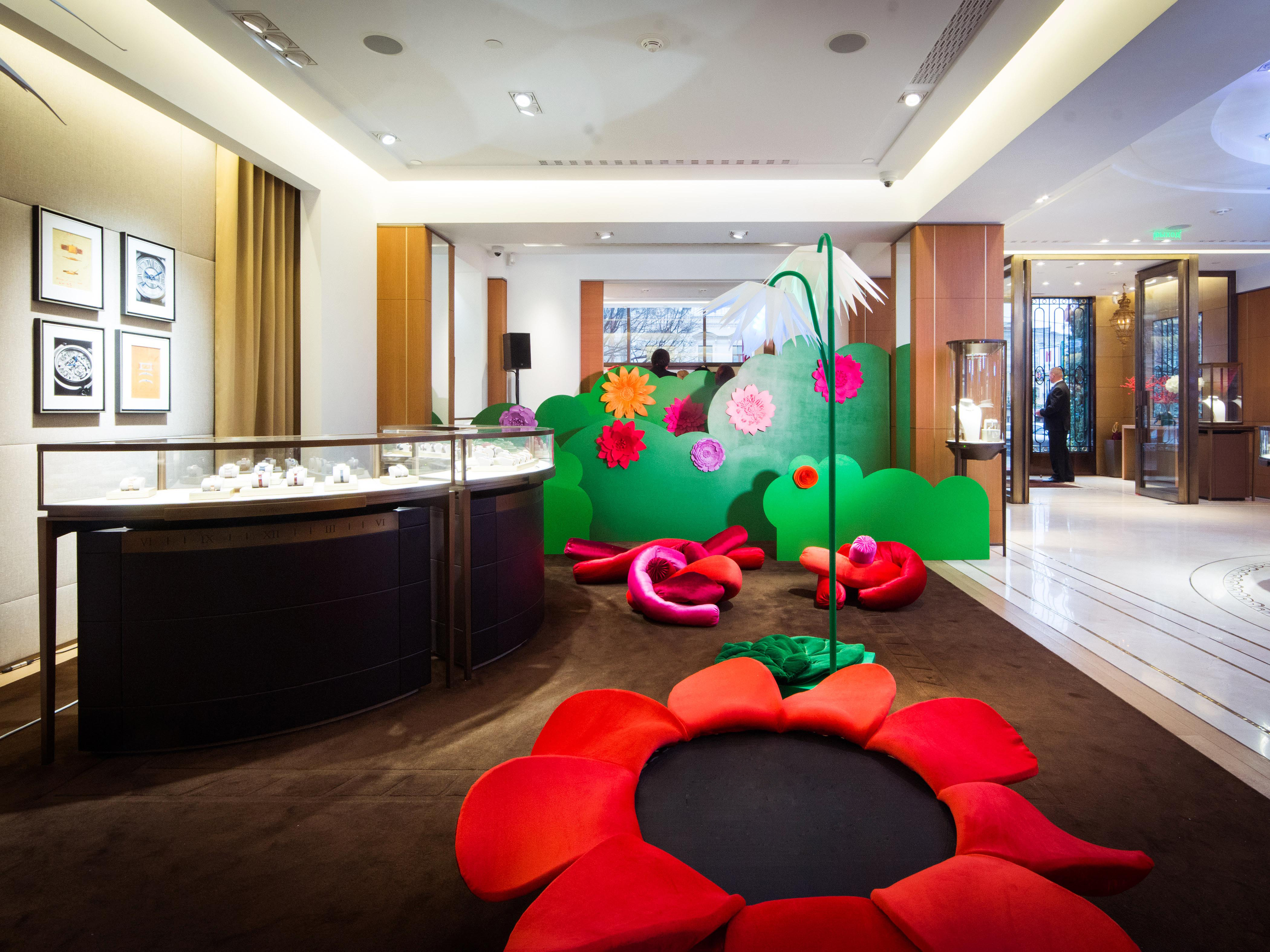 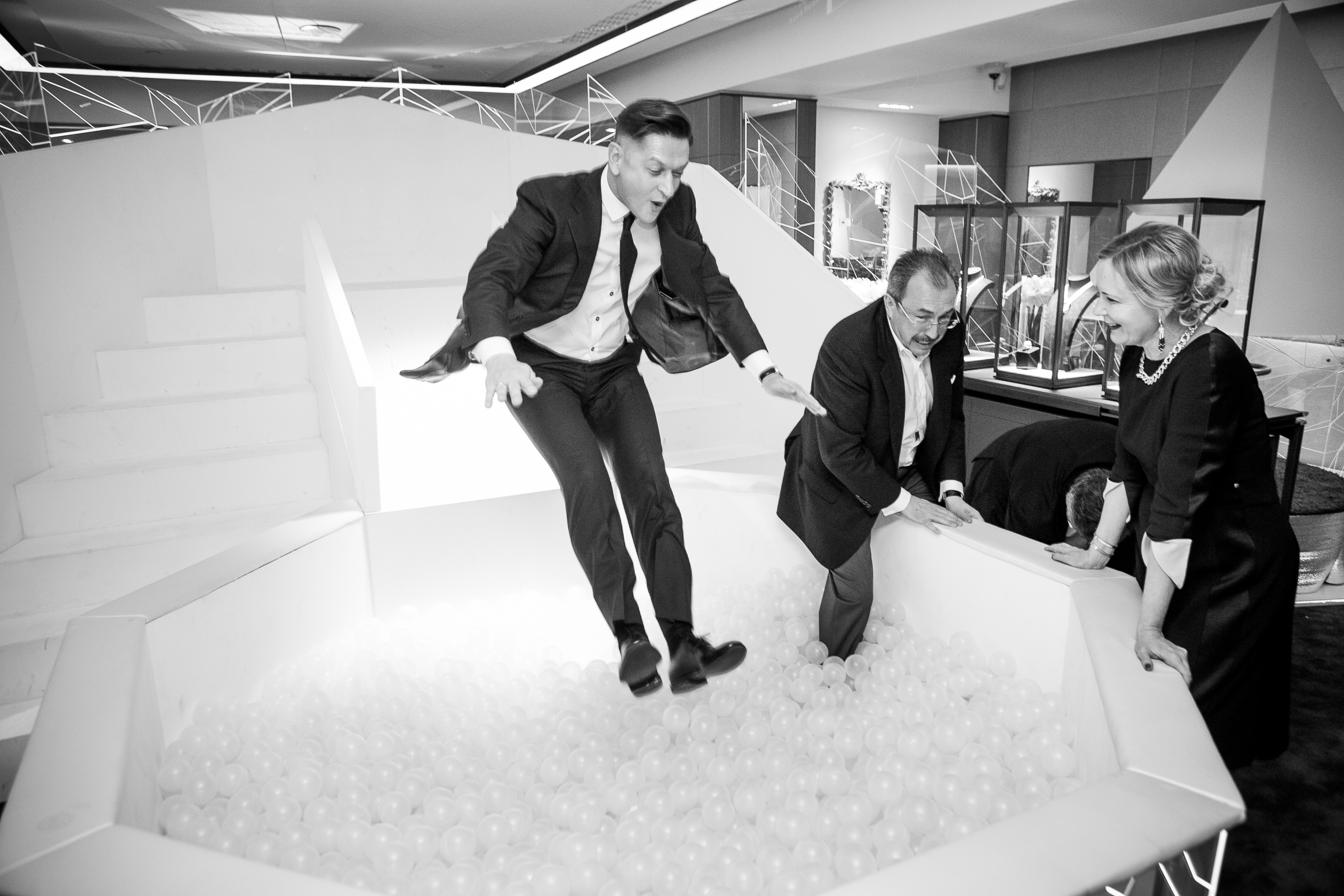