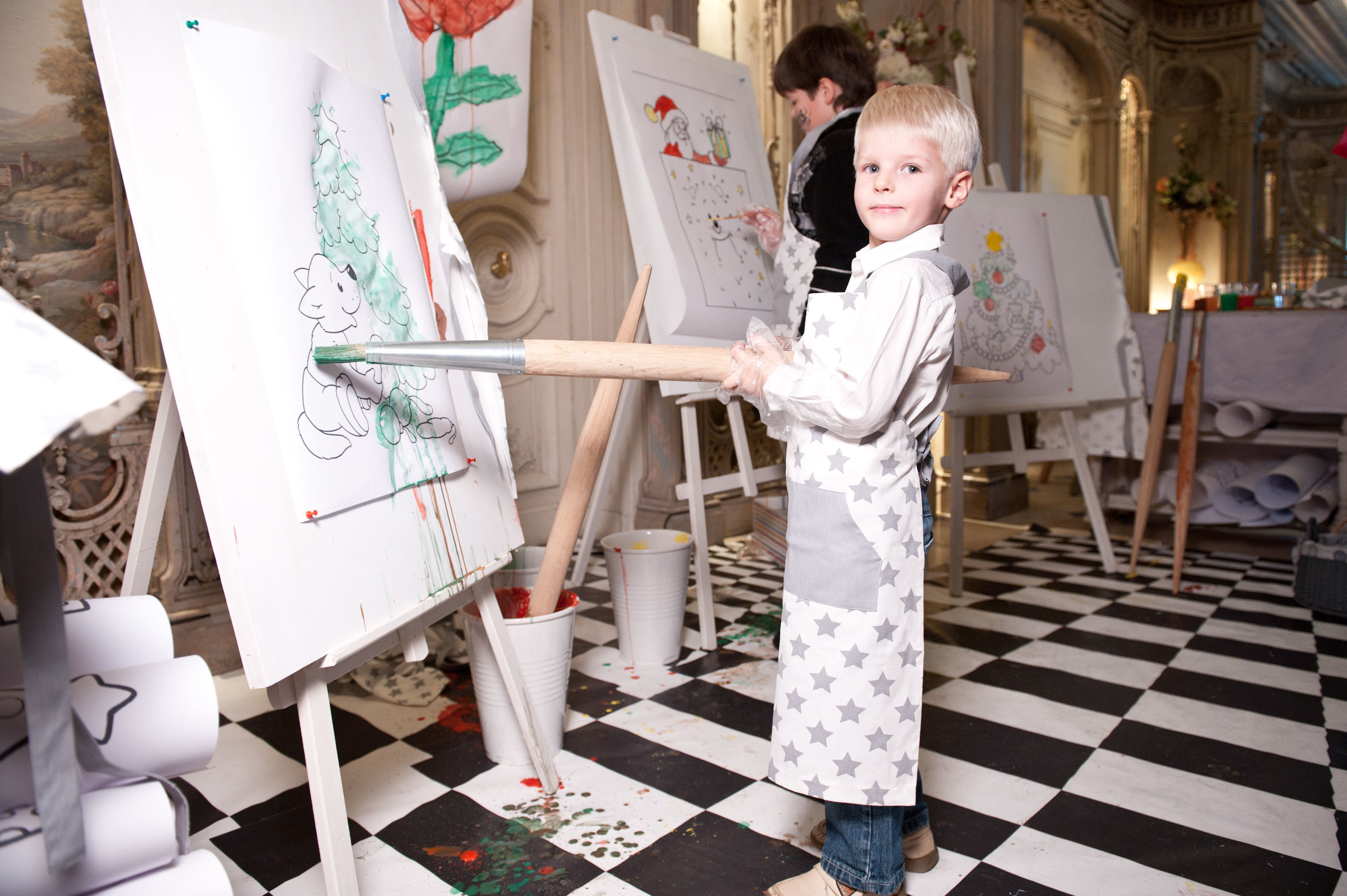 At our customer’s request, we put together an Alice in Wonderland themed New Year party. In the welcome area, the guests, both big and small, were greeted by the Giant (a man on stilts), who helped them find their feet and join in a number of interactive games. In the center of the banquet hall, they would see a single long table served for tea accommodating up to 80 people.
The children were greeted by animators who directed them to various entertainment areas. They would explore a mirrored cube with arms sticking out, dressed in velvet sleeves and lace cuffs. If they so wished, they could have their faces painted. There was also a large trampoline where both children and adults would jump and fool around while being photographed. Another interesting highlight were drawing easels with large printed coloring images, all set on a special surface. Next to the easels were giant ceramic glasses and oversized brushes, so that the children could paint the pictures and do drawn puzzles.
There were three Samoyed dogs for the guests to play with. Under an animator’s guidance, the kids took part in the capture of a pillow town. The town fell quickly but the pillow battles would not stop till the tea party began. The treats were well in tune with the party theme: cupcakes, small English-style sandwiches and giant muffins and pudding, all washed down with tea. The “Mad Hatter Tea Party” was hosted by an animator who entertained the guests with all sorts of funny tricks. The animators then helped the children sit around on pillows to watch a shadow performance of The Nutcracker by Arseniy Epelbaum, premiering at Conde Nast New Year party. It was then time for Santa Claus, dancing in circles, playing outdoor games and, last but not least, presents! 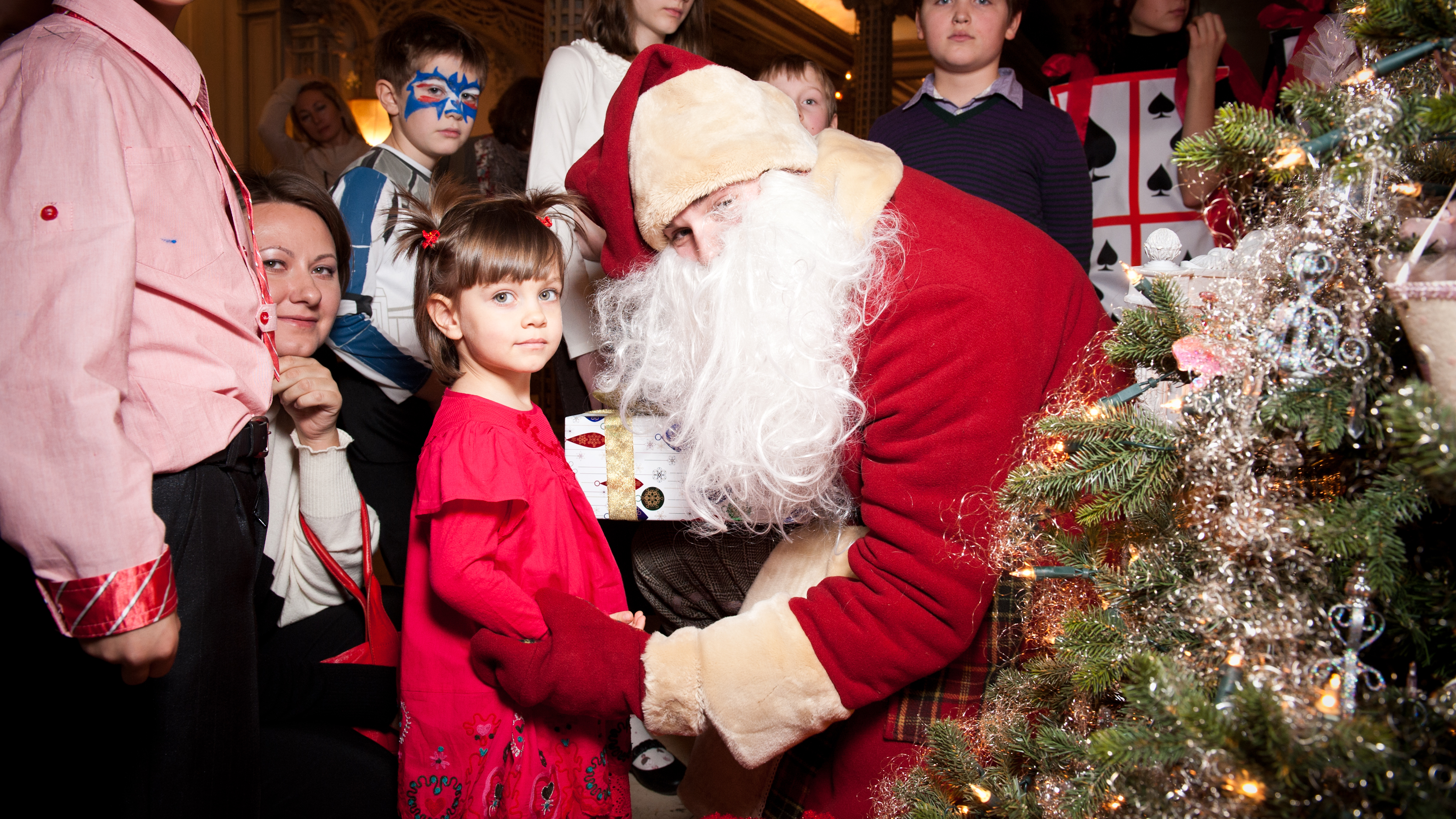 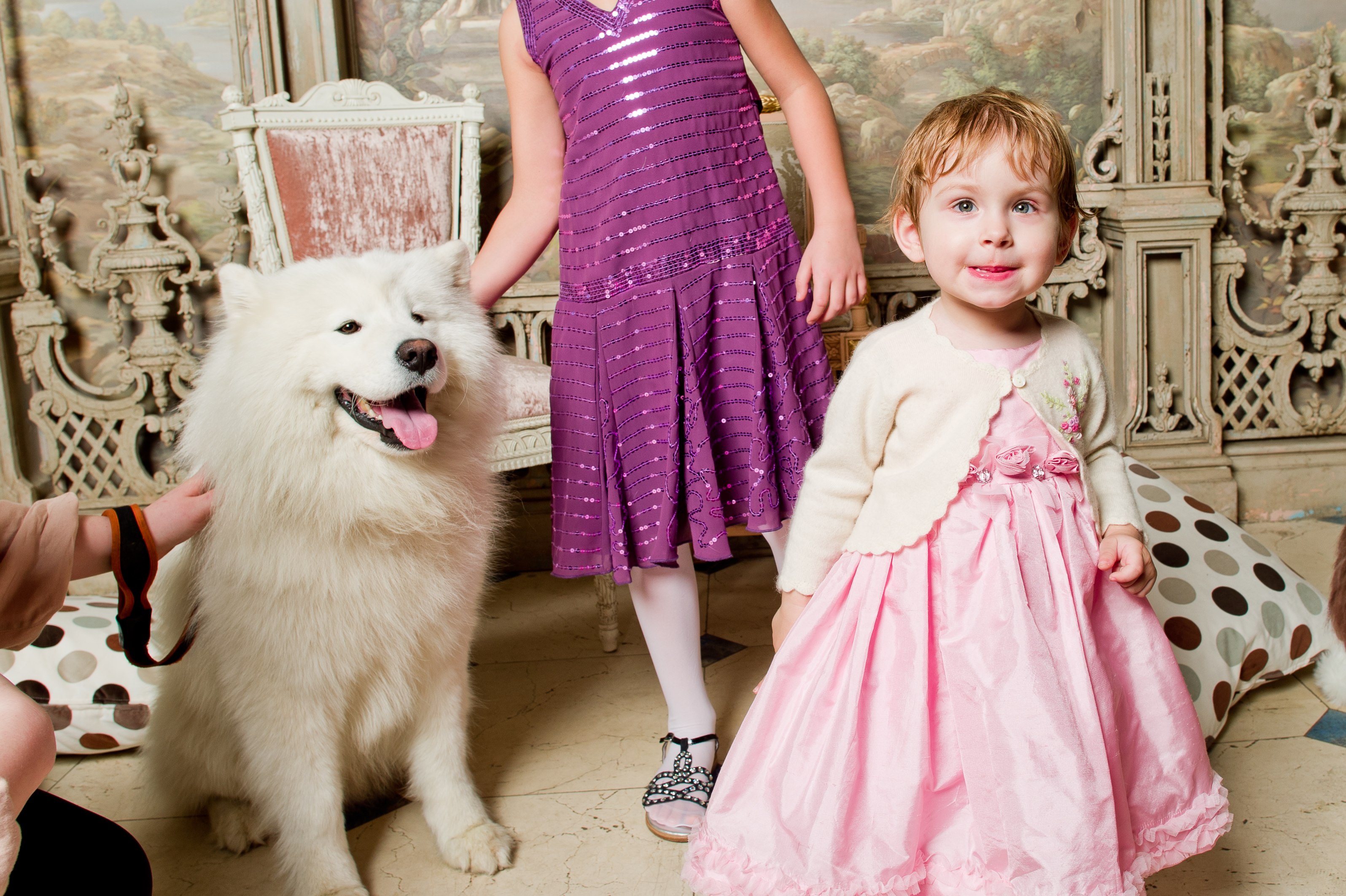