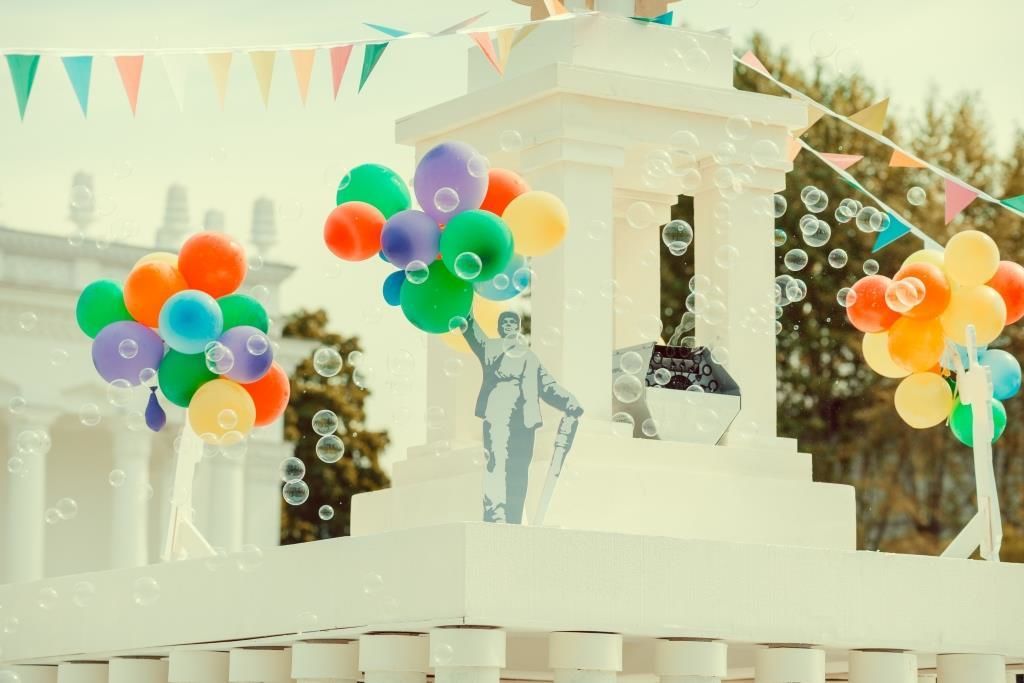 On August 1, 2014, VDNKh Exhibition center celebrated its 75th anniversary. Guests of the event saw the same familiar space but recreated as a mini-size interactive platform. We wanted the children to get to know it better and fall in love with it like we and our parents once did.
As you walked through a mini arch with a Happy Birthday, VDNKh! sign, you would find yourself in a world of entertainment. The sculptures that decorated the mini pavilions held in their hands balloons and flowers (instead of the original Soviet symbols), there were soap bubbles flying around and garlands of flags hanging in between mini street lights, while the animators were all wearing colorful caps. The famous Worker and Kolkhoz Woman held rackets instead of a hammer and sickle and would suddenly come alive and start playing badminton with the children. The well-known Wheat Head street lights turned into a peculiar construction with rims instead of the familiar grains, so you could shoot hoops. And as you walked through the rubber walls of Central Pavilion you had to climb up the tower and shout whatever your heart desired into the loudspeaker.
We turned the pavilions of the Exhibition center into some of the most favorite activities for children: there were mosaics, tic-tac-toe and a sea battle game at the Computing Technique pavilion; there was a trampoline and pools filled with small plastic balls at the Uzbekistan pavilion; children would slide down the roof of the MosExpo Pavilion, while the entrance to the Cosmos pavilion was transformed into a soccer goalpost with a net that resembled a starry sky and a ball that looked like a planet; the transparent tunnel was turned into a bowling alley, and once you got to the top of the tower, you could relax in soft pillows and look at a projection of the starry sky. The fun went on till 10 in the evening. 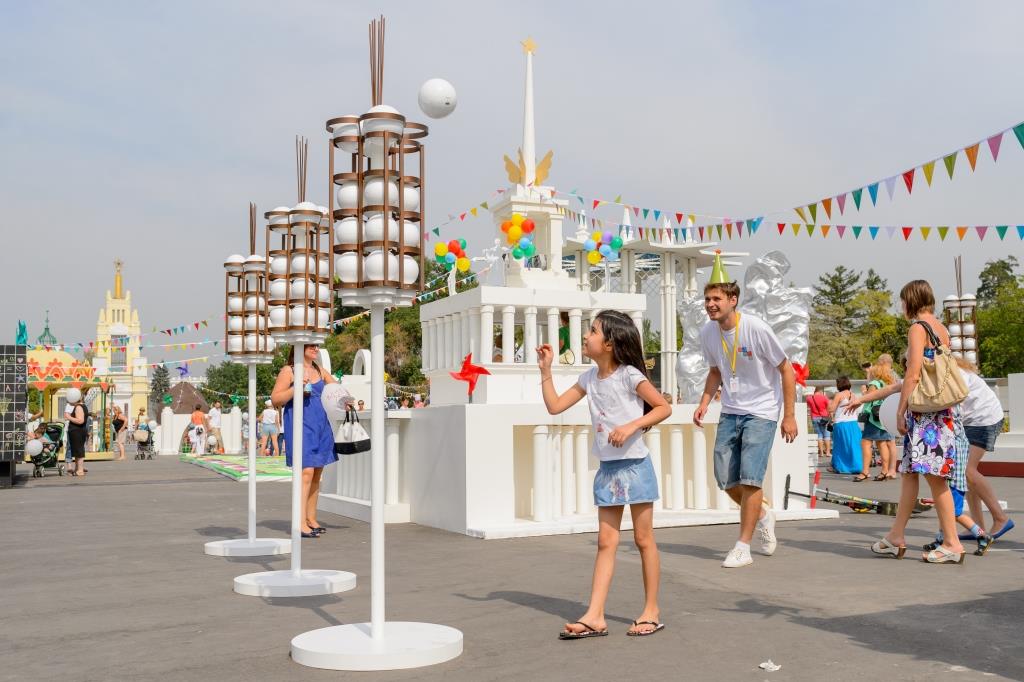 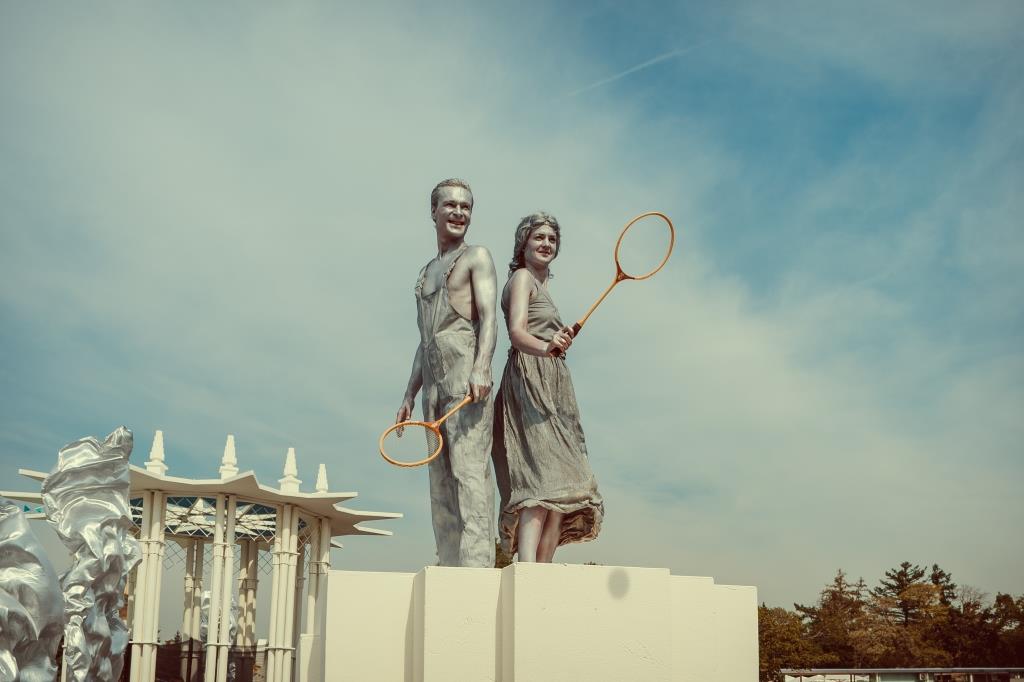 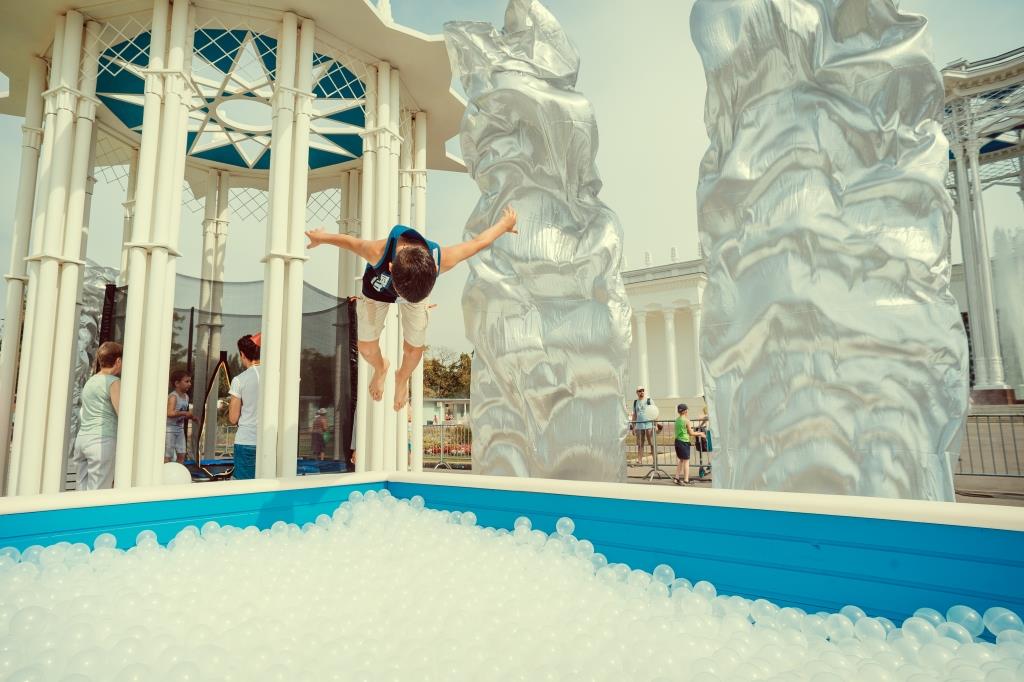 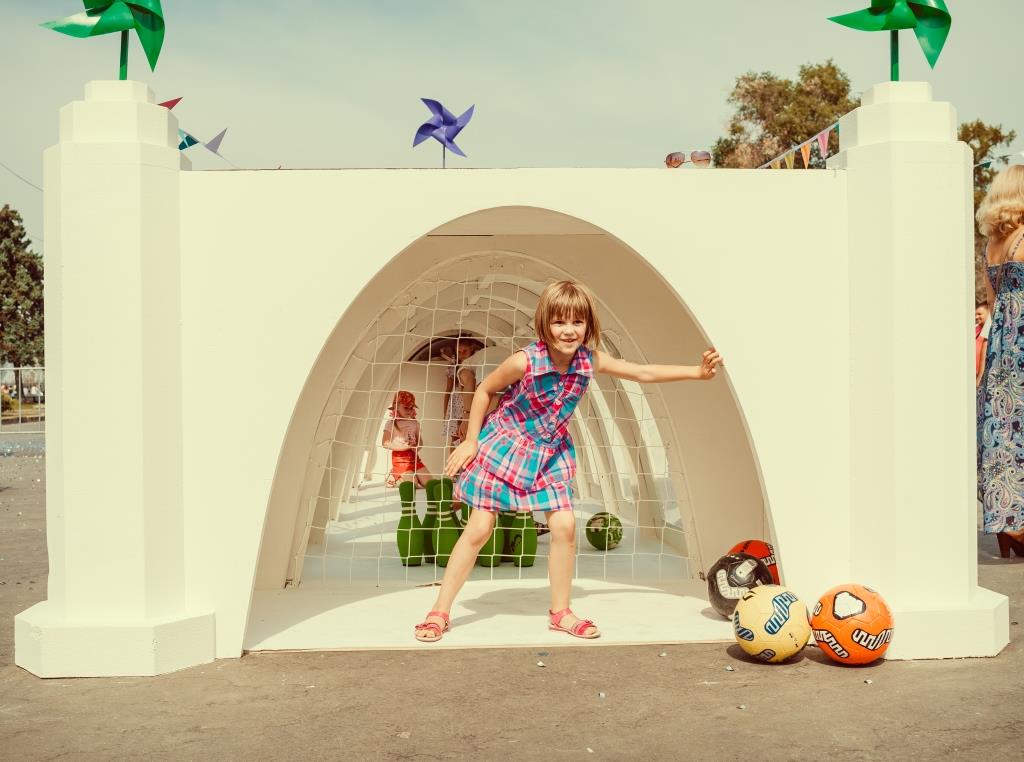 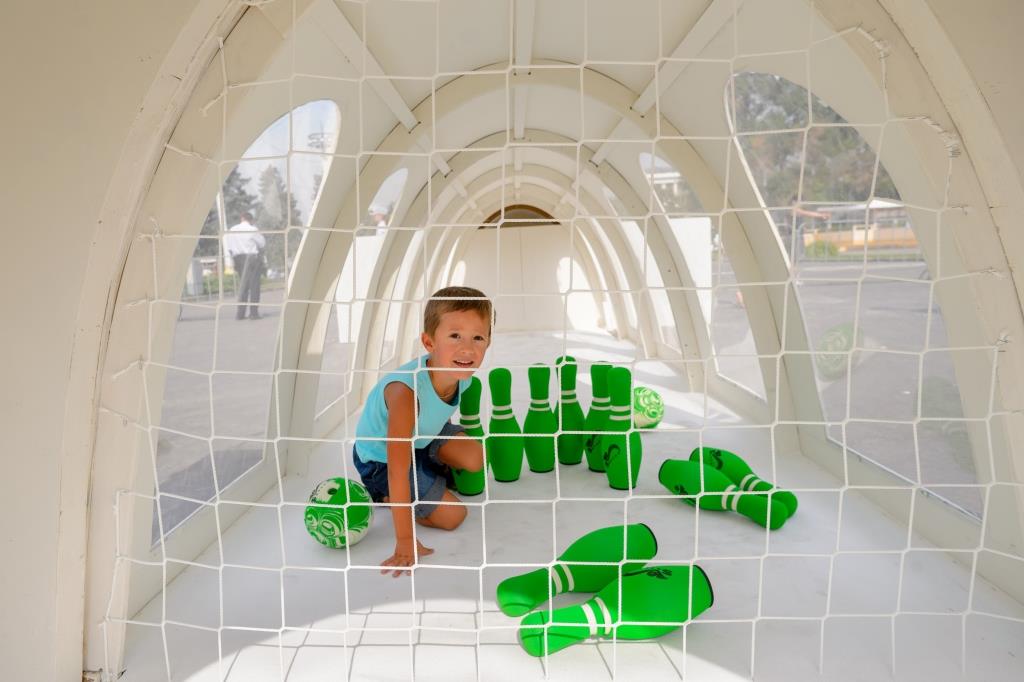 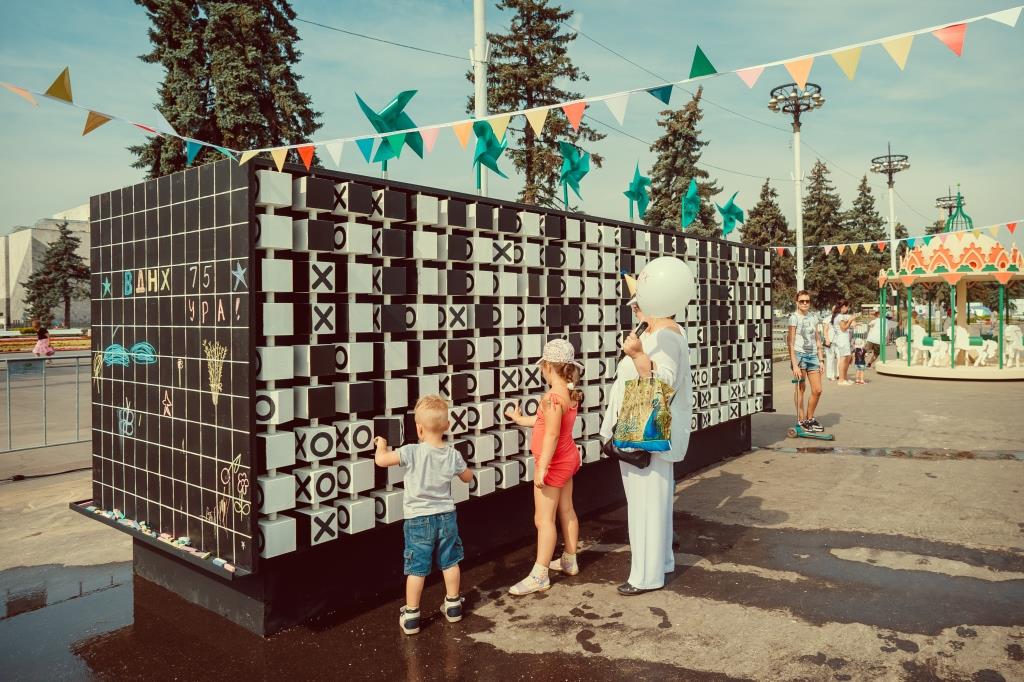 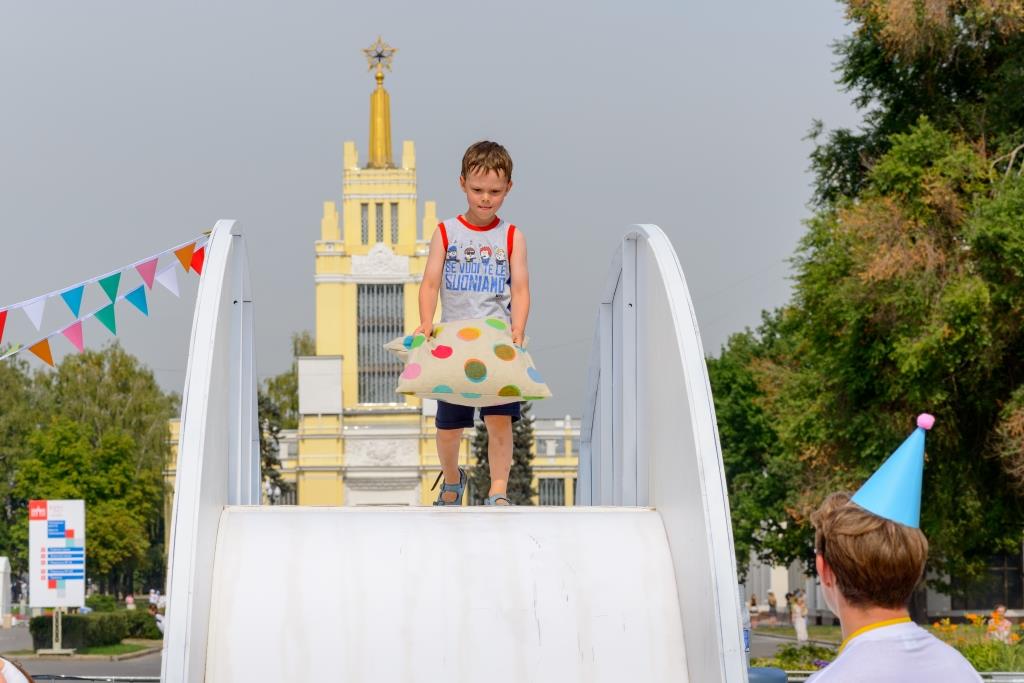 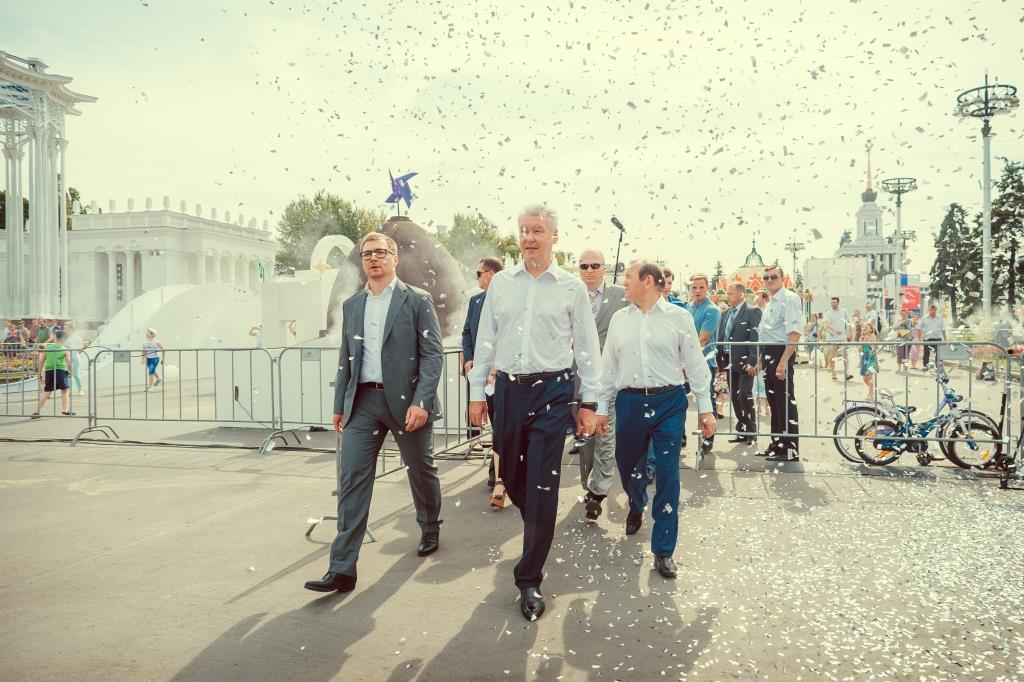 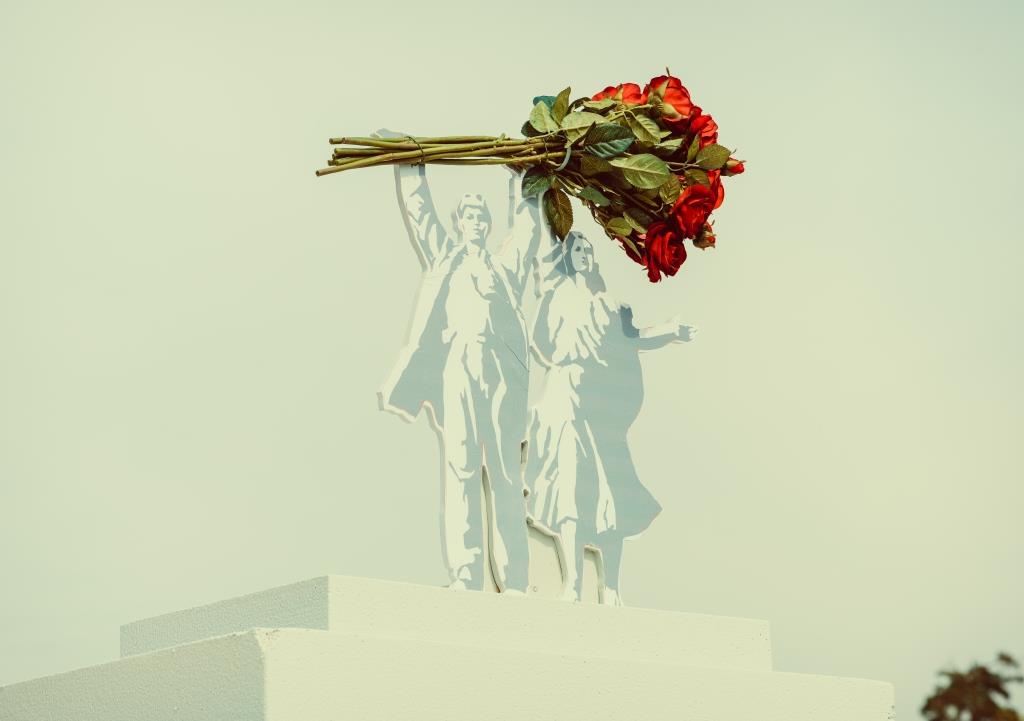