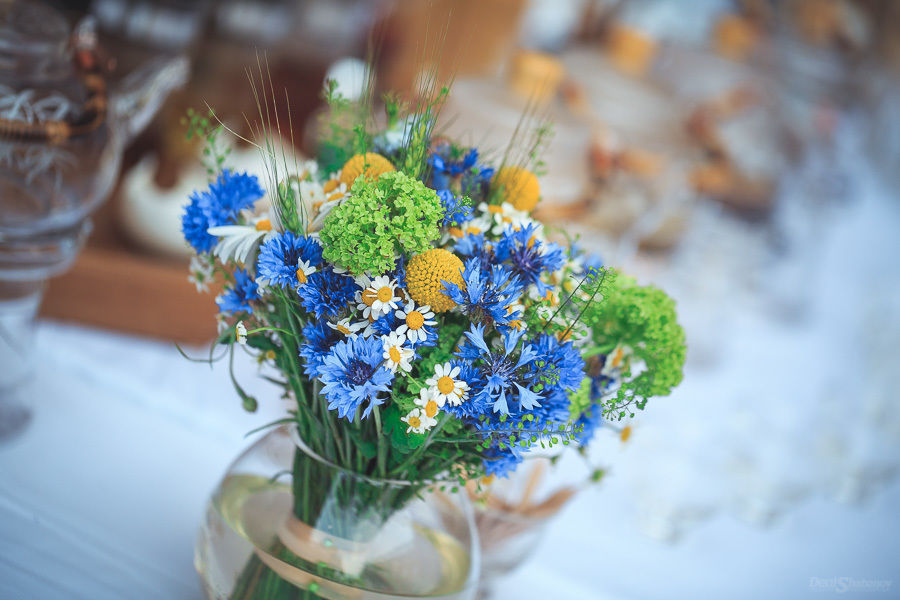 Some of the privileged clients of VTB24 enjoyed an exclusive intellectual evening which we put together especially for VTB24 Private Banking. The guest star of the evening was Russia’s celebrated historian, a public speaker and a living legend, Edward Radzinsky, who presented his new series of talks, “Russia, Where Are You Headed? A Concise Course On the History of the Empire”. We added a few light touches to emphasize the Russian theme of the event. The hostesses were dressed in simple yet elegant dresses with their hair braded; there was a band playing jazz adaptations of Russian folk songs; the space was decorated with bouquets of meadow flowers, and cocktail drinks were served amid birch trees in the inner court. For the event, we chose the elegant space of Studio of Theatrical Art Theater with its modern minimalist interiors hidden behind a pseudo-Russian façade. The event was stylish and understated, just the way we had planned it. Each guest received as a gift a book from Edward Radzinsky titled “Tsars. The Romanovs. History of the Dynasty” signed by the author.