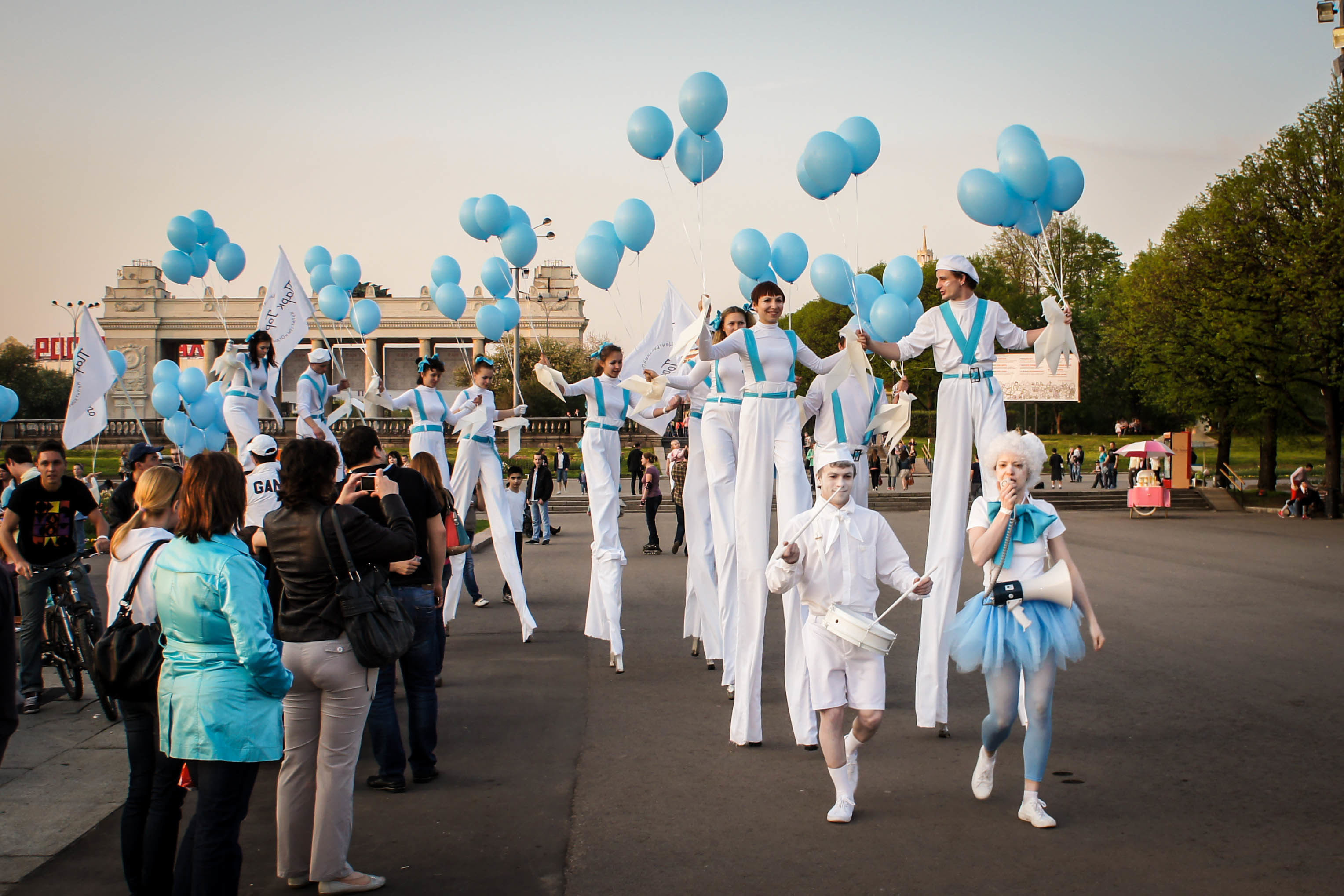 ‘Circus Day’- was a May Day celebration, held by BELL'ARTE in the very famous Gorky Park. The iconic history and architecture of the park became the basis for a number of visual and interactive design activities: traditional elements of a Soviet-style May Day were combined with the style of a modern circus. Opposite the majestic arches of main entrance, giant athletes got the visitors involved in a relay race to quickly pass on huge inflatable balls. The central walkways were lined with living plaster sculptures - pioneers, skiers, drummers and a girl with a paddle that suddenly ‘came to life’ to the delight of the audience. Around the pond gymnasts demonstrated exercises with ribbons, moving over the surface of the water on catamarans. At the waterfront was a girl riding a huge soccer ball and mono-cyclists. A group of acrobats lined up in a living pyramid, jugglers taught their craft to all who visited, acrobats were suspended from the poplars around a pond on ropes and clowns pestered passers-by. As a finale there was a holiday parade, where guests of the event and circus artists released azure coloured balloons with white paper doves attached, into the sky - these two colours have become the symbol of Mayday at the newly renovated Park of Culture and Recreation. 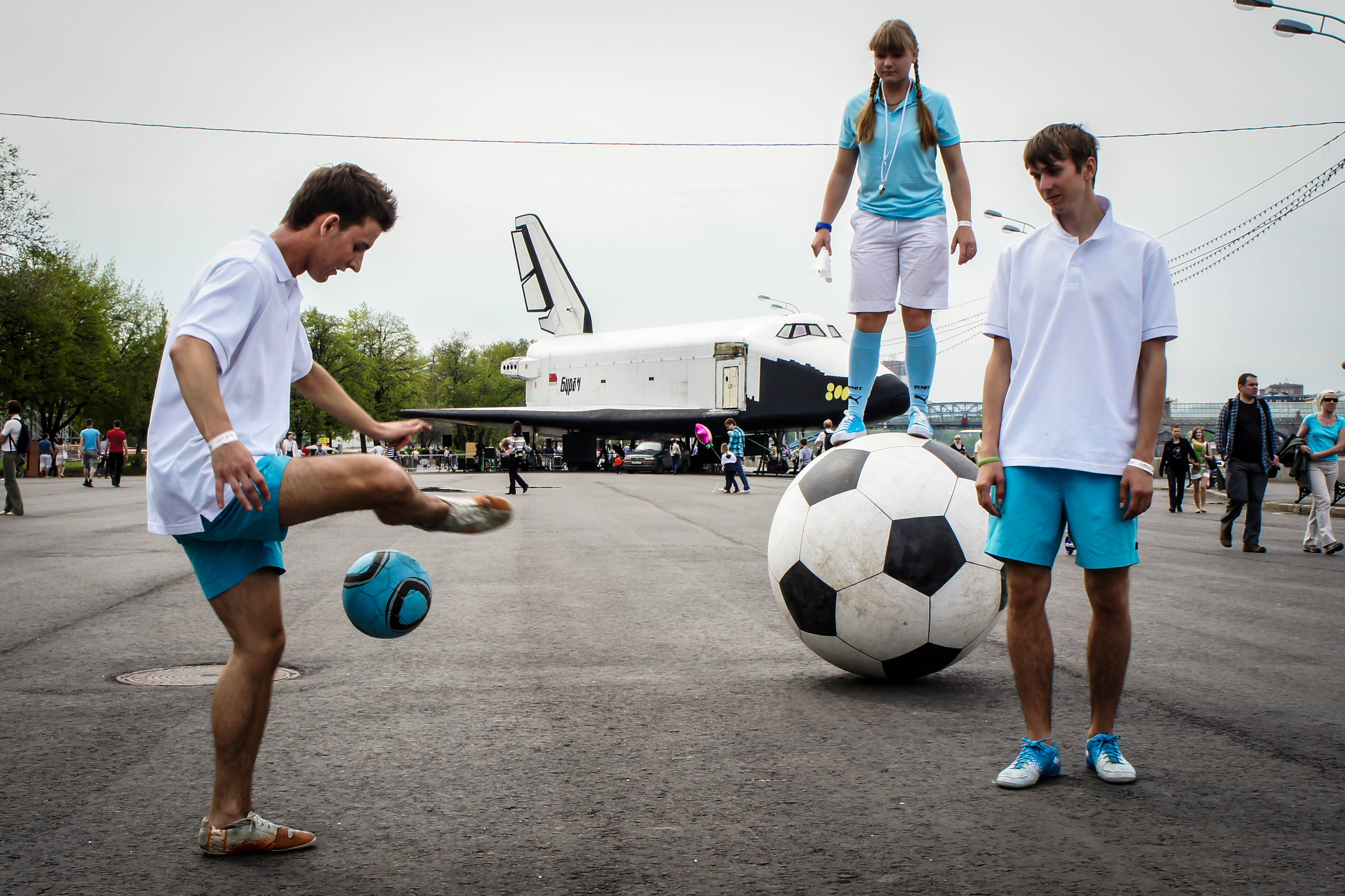 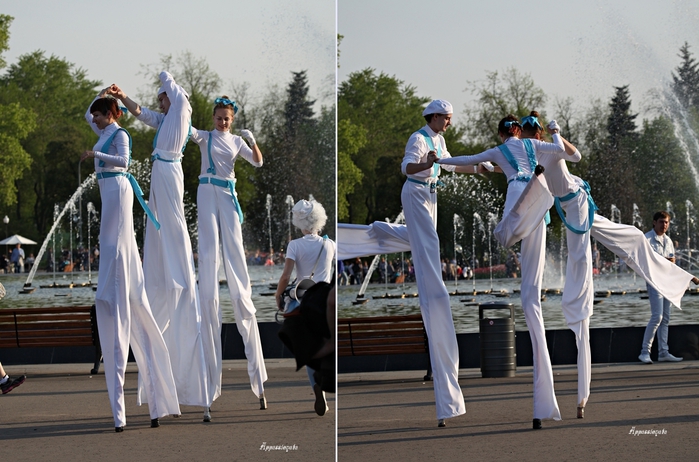 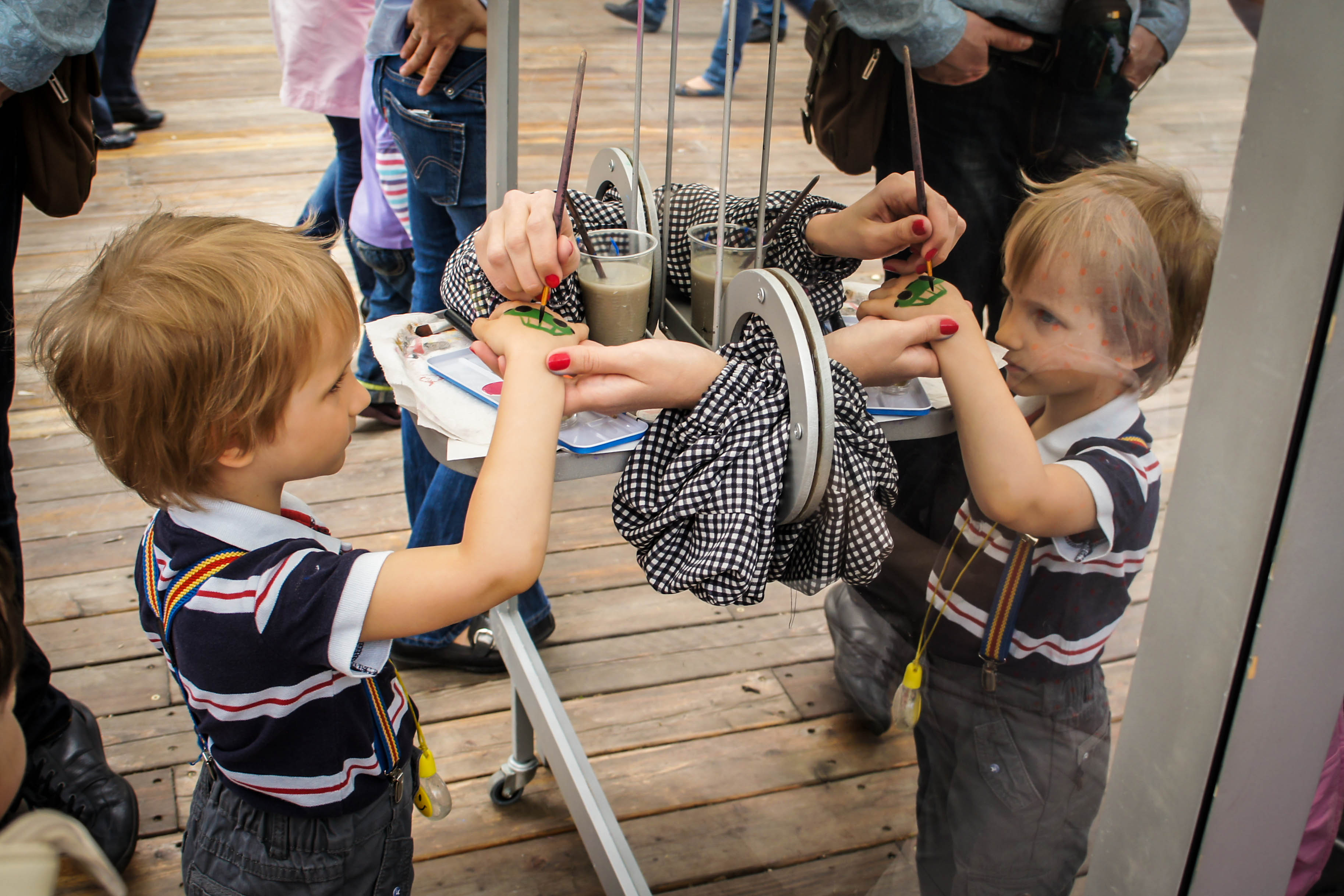 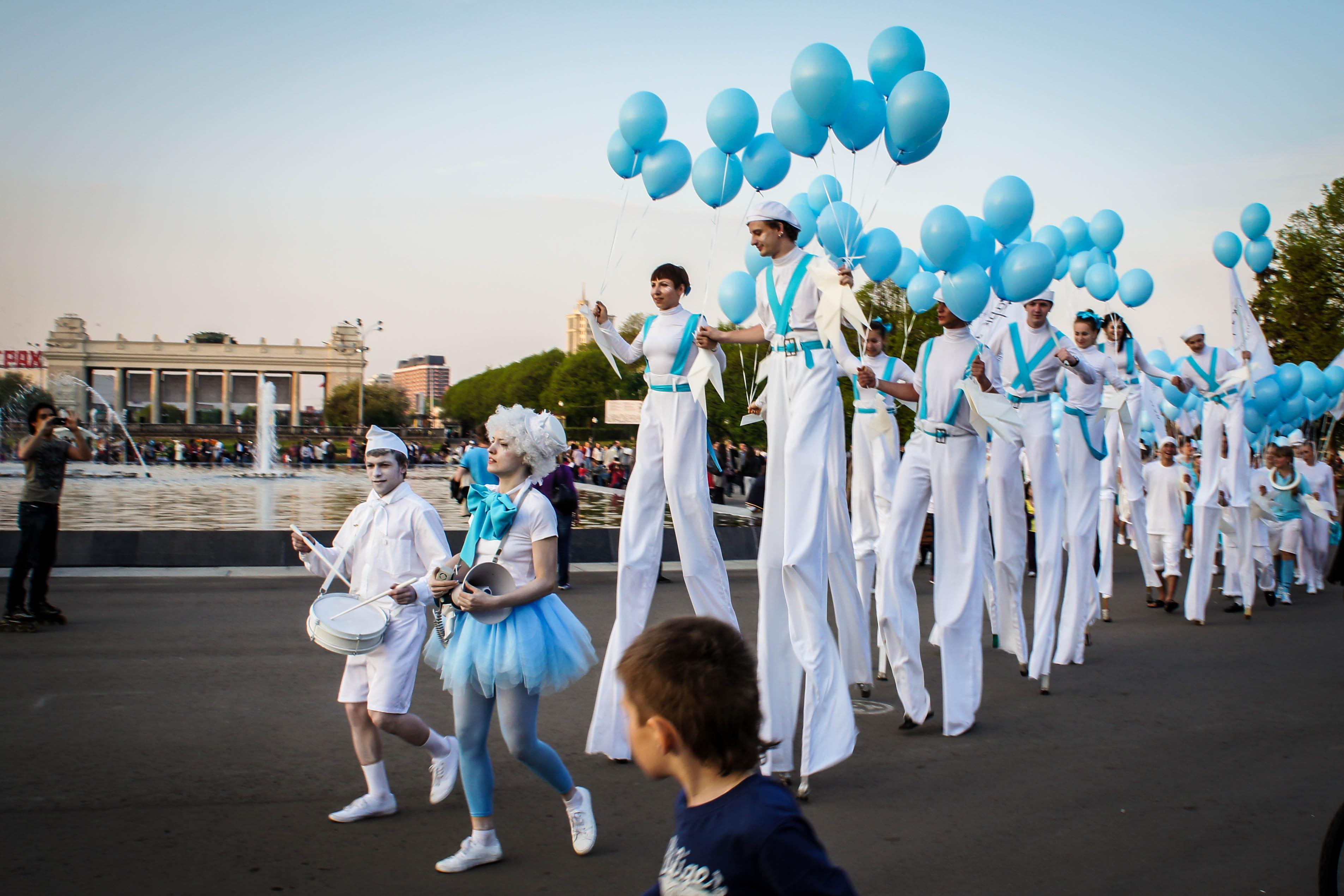